The Paradise by Tintoretto 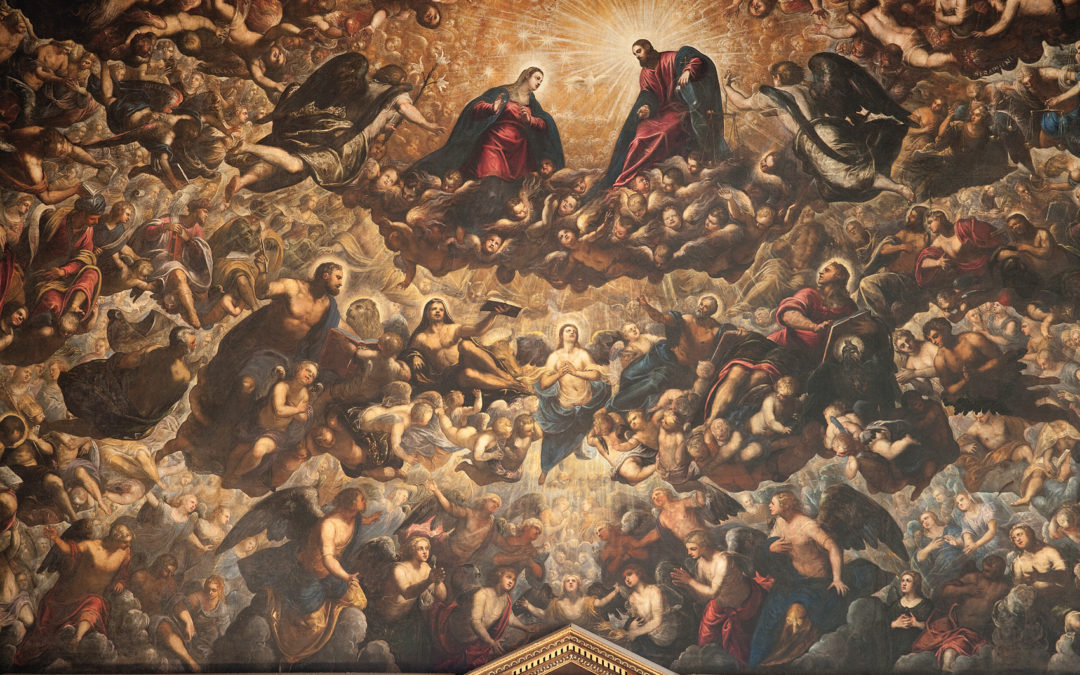 If we look at what is left of the fresco by Guariento and compare it to the huge canvas made by Tintoretto at the end of the XVI century, we can say that technique, form and colour could not be more different. The only thing they have in common is the evocation of heaven and its dwellers. This thing emphasises the wish of the commissioners of the work by Tintoretto to bring back to life the work that had been destroyed by fire. Maybe because they wanted to draw inspiration from it. For sure the Good Government, whose pecking order sees the Doge at the top of it, is reflected in the paradise figuratively speaking.

The positioning of the various figures and, especially, the powerful light that radiates from the centre seem to surround those who are directing the work. In addition they seem to light up the spacious room we must imagine crowded with people and busy.

The desire to replace the fresco by Guariento, which had already been deteriorating for a while, was surely felt. The fire, which destroyed it, only managed to speed up the government’s decision to find a solution to the problem. Therefore a competition was organized with the involvement of artists as well as ideas. It was won by Veronese and Bassano. Veronese, the project leader, died soon after. So Tintoretto, who had been wishing to snatch the commission for a while, managed to have the prestigious project given to him. He kept working at it till the last years of his life. The project’s drawings for the canvas, which still exist, clearly show that both his son Domenico and the apprentices of his workshop worked at it a lot. This work looks grand and monumental: a kind of Venetian answer to the vision of the last things Michelagelo made for the Sistine Chapel. 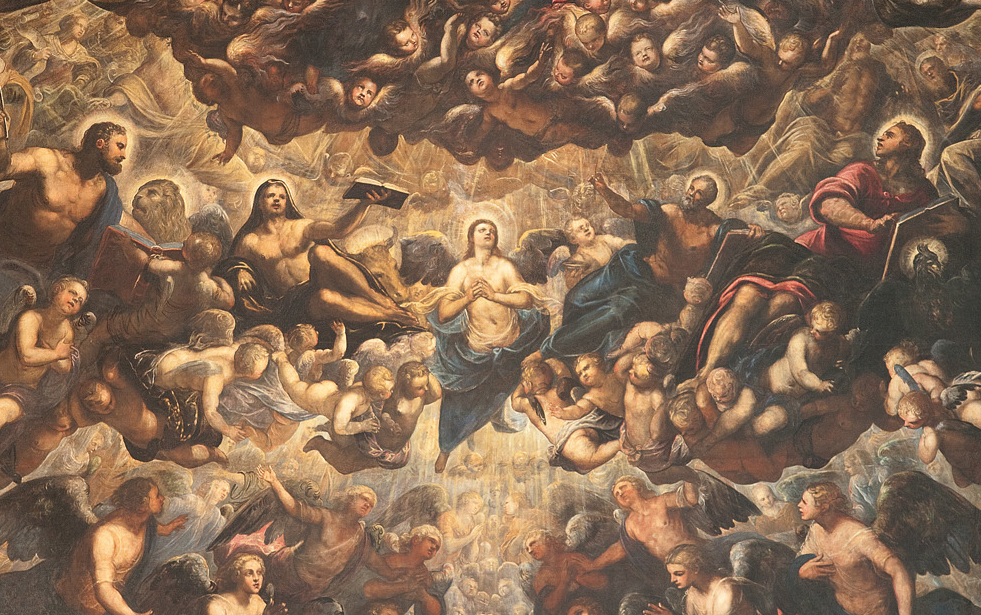 Crowds of saints and blessed ones gather around the regal couple made up by Christ and the Virgin Mary, who look more like the centre of a golden light storm than the core of some harmonic celestial movements.