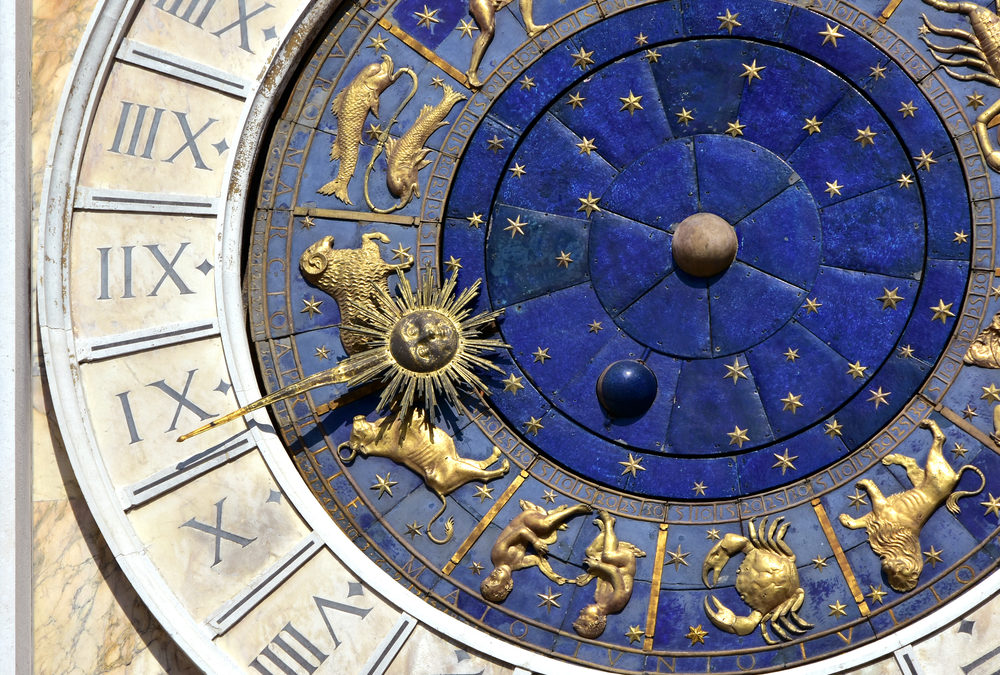 Throughout the centuries the Clock Tower has managed to become one of the most widely known landmarks in Venice. Its notoriety is probably due to the fascinating mechanism that allows the movements of the ‘Due Mori’ (two Moors), which are the two statues that strike the hours on a bell. Also its location did most certainly contribute to its paramount fame. In fact the tower is positioned at the far side of St Mark’s square and acts as a link between the religious and political buildings that surround the square. The central part of the tower was made between 1496 and 1499 probably on a project by Mauro Codussi. The tower breaks up the front of the Procuratie’s compound and is positioned at the beginning of Mercerie that lead to the Rialto Bridge. It was destined to host the new clock the Venetian Senate commissioned as a substitute to the old outdated one, which was in a bad shape. Two columns were added in 1755 in order to strengthen up the structure. In addition the two side wings were raised beyond the terrace. The making of the clock was entrusted to Gianpaolo and Giancarlo Ranieri, father and son, from Reggio Emilia. Two colossal bronze statues strike the hours on a bell. The two statues are nicknamed ‘the Moors’ because of the dark colour of the metal they are made of. The two statues were cast by Ambrogio delle Ancore in 1497 and placed on the terrace the tower ends with. The two huge bronze figures are hinged at the waist in order to allow their twisting while striking the hours on the bell. The two statues are massive and huge in order to be seen from a long distance. For sure they were cast by Ambrogio delle Ancore but the sculptor who made them is unknown. Some scholars say they were made by Paolo Savia. Some others by either Alessandro Leopardi or Antonio Rizzo. The bell, which is surmounted by a golden globe and a cross, is signed by one Simeone who cast it in 1497. Both the Moors and the bell were raised of about a metre when the covering of the tower was re-made at the middle of the XIX century. The clock face is made with enamel and gilt. It shows the time as well as the lunar phases and the movement of the sun inside the zodiac. The golden signs of the zodiac stand out over an intense blue background because of both the accuracy of their make and their dimension. They became so appreciated that they were copied in the clock tower in Padua. Above we can spot a small semi-circular terrace having an aedicule. A gilded bronze statue of the Virgin Mary with child is placed inside the niche while two small windows on both sides show the hours. During both Epiphany and Ascension days the Magi come out hourly from the left-side door. They are led by an angel with a trumpet. A peculiar mechanism allows the Magi to bow in front of the Virgin Mary and go back inside along the opposite side. When the clock tower was built in 1499, the mechanism allowed the Magi and the trumpet-carrying angel to come out every hour like now. Later on, due to the delicate complexity of the mechanism as well as to wear and tear, the frequency of the Magi’s procession was reduced and even stopped. Ferracina re-made the mechanism of the Magi’s procession between 1758 and 1759. On that occasion they were provided with the very same mechanism that allows their procession still today. The present wooden statues of both the Magi and the angel date from 1755 and were made by Giovanni Battista Alviero. A St Mark’s lion over a blue background with golden stars stands above this terrace.