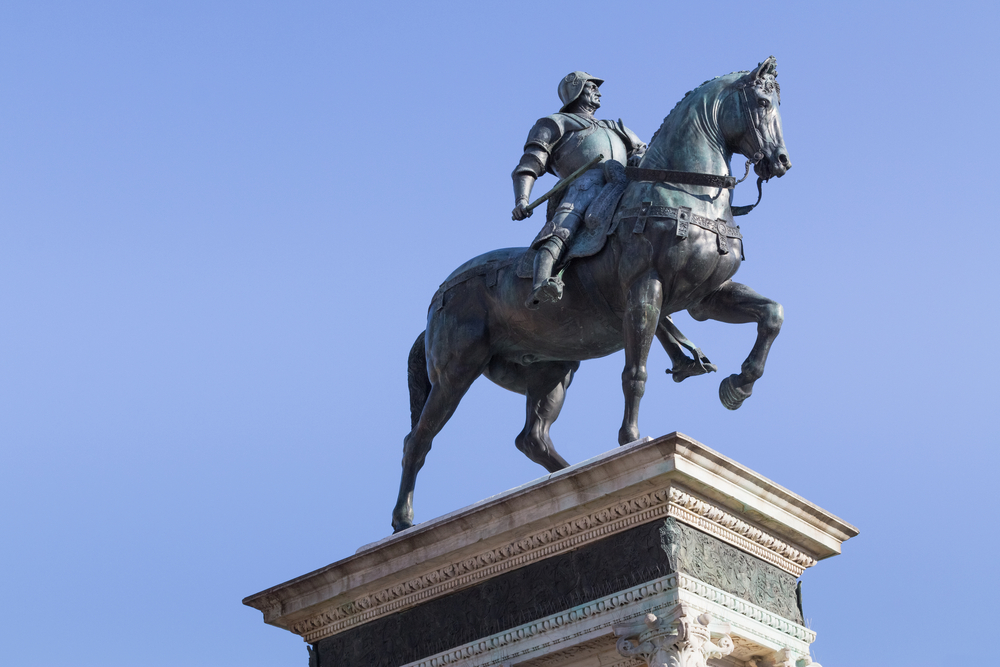 An outstanding bronze statue featuring Bartolomeo Colleoni is placed on a huge base on the right side. It was made by the great Florentine sculptor Andrea Francesco di Cioni, better known as Verrocchio, in 1488. The famed warlord, who was among the most important contributors to the Venetian expansion on the mainland during the second-half of the XV century, is shown riding a horse and wearing a full armoury as well as displaying a fierce and domineering attitude. His face has got marked features as well as a severe look. Many illustrious visitors praised the monument. Hermann Hesse among them in 1901 he provides us with an intense night view of the entire campo writing: ‘The little square was well-lighted by the moon; hence St Mark’s Scuola’s fine façade looked luminescent and marvellous.

The equestrian statue featuring Bartolomeo Colleoni was standing solemn and majestic against the sky. This powerful XV century monument having a disdainful beauty stands in marvellous contrast with the surrounding Venetian landscape whose charm is totally tender and musical. This strong contrast affected me in a very particular way on that day.