The Altarpiece of the Assumption 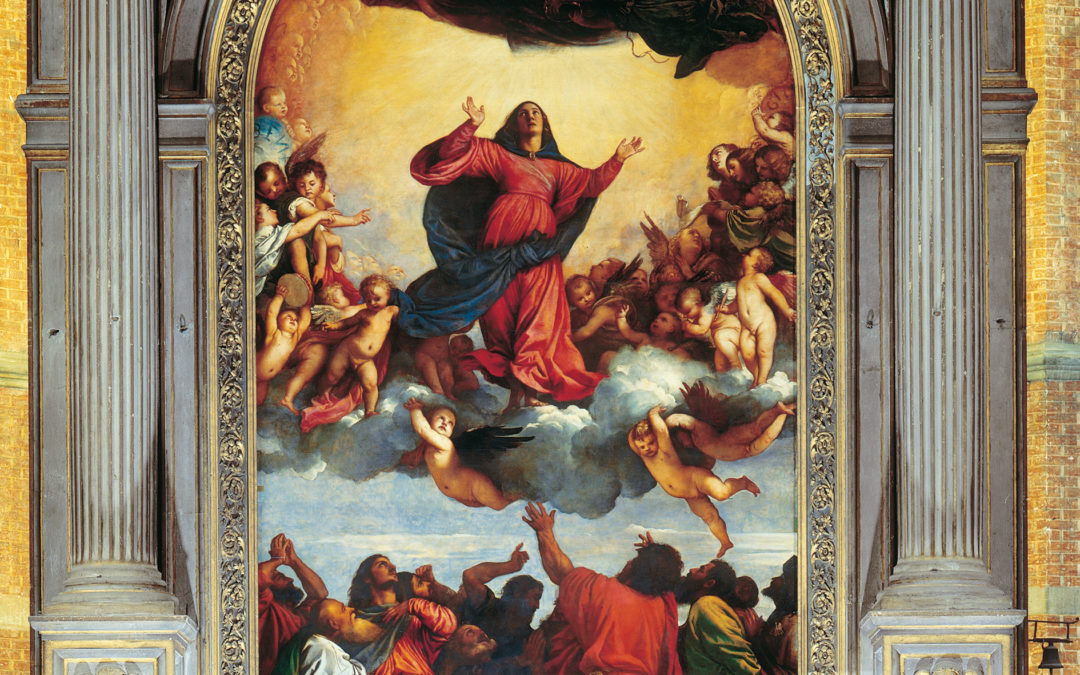 The huge Altarpiece of the Assumption of the Virgin is undoubtedly the view focus of the church inside. It is set on the high altar and it was painted by Titian between 1516 and 1518. It was the first major work commissioned to the young painted by a public body. The commission was given in the very same year in which Giovanni Bellini died. Bellini had been a supreme master for the painters in Venice up until that moment and Titian had apprenticed with him.
Many and illustrious visitors at the Frari’s throughout the years, the likes of S, B, G, IT and several others, expressed strong praise for the painting . HH even called it ‘the painting of the paintings’. Actually it had not always been so much appreciated in the past: the very same Franciscans, being rather unprepared about the work’s revolutionary impact, were almost about to turn it down. In fact Titian introduces into the altarpiece huge iconographic novelties which cast the tradition aside. Prospective innovations are the first and foremost of them.

He carves the space into three areas: the human one, the intermediary one and the divine one. The apostles are placed in the lower part. They are gesticulating excitedly instead of acting as composed witnesses. Some of them are shown backlit and in daring glimpses of light. The Virgin Mary is placed at the very centre. She is held up by a cloud and is surrounded by angels while she is raising towards the sky. Furthermore she is rather plain – faced while her cloak is blown up by a divine wind which lifts her tunic surprisingly showing her bare feet, which are a symbol for Christ’s followers. A strong golden light envelops the top part where an elderly albeit showing-an-athletic-twist God Almighty leans over towards the Virgin Mary.
The powerful plasticity of the figures, the warm and sumptuous shades of the palette, the perfect balance notwithstanding the passion of the gestures and poses, mark the most important stylistic characteristics of the painter in that period of his career.