St Mary of the Miracles 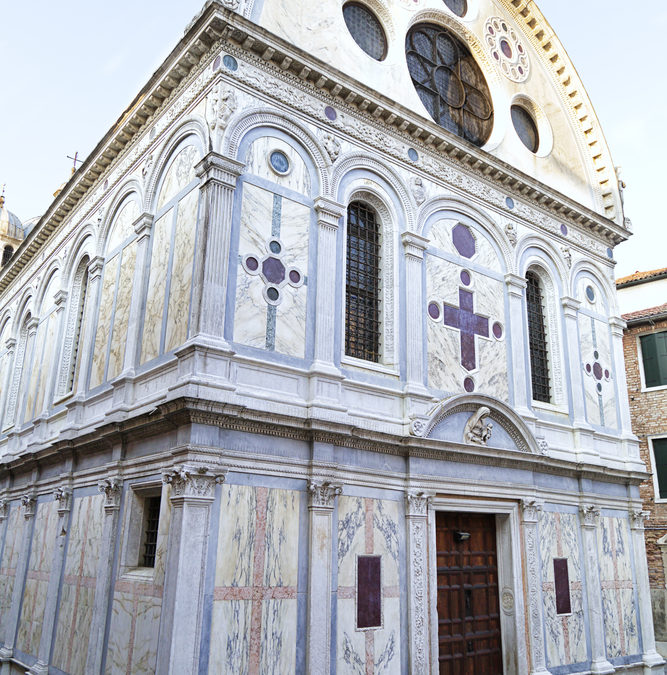 While wandering around the Cannaregio quarter (sestiere) with a kind of ‘flaneur’ attitude, we come across the church of Santa Maria dei Miracoli. The church is a kind of white marble structure shaped like the bow of a ship. It looks as if it is about to leave for far-away ports. In addition the façade is looking at itself in the mirror-like watery surface of a canal. After having overcome the initial surprise for the uncommon church’s look, we can notice that we are looking at a both perfect and accomplished example of Venetian Renaissance architecture. This detail is particularly striking if we bear in mind that the Gothic tradition was still very much alive and kicking in town in the second half of the XV century.
Its absolute peculiarity, which is well-worth a detour from the traditional tourists’ itinerary, is based on multiple features. Starting from the building’s structure, we can notice that the church is standing alone and free from any other adjoining building on all 4 sides. This is a rather uncommon privilege in a city like Venice, where no church can be found at the end of a road or at the very center of a square, except St Mark’s basilica. Carrying on with the church’s peculiarities, we must mention its origins.