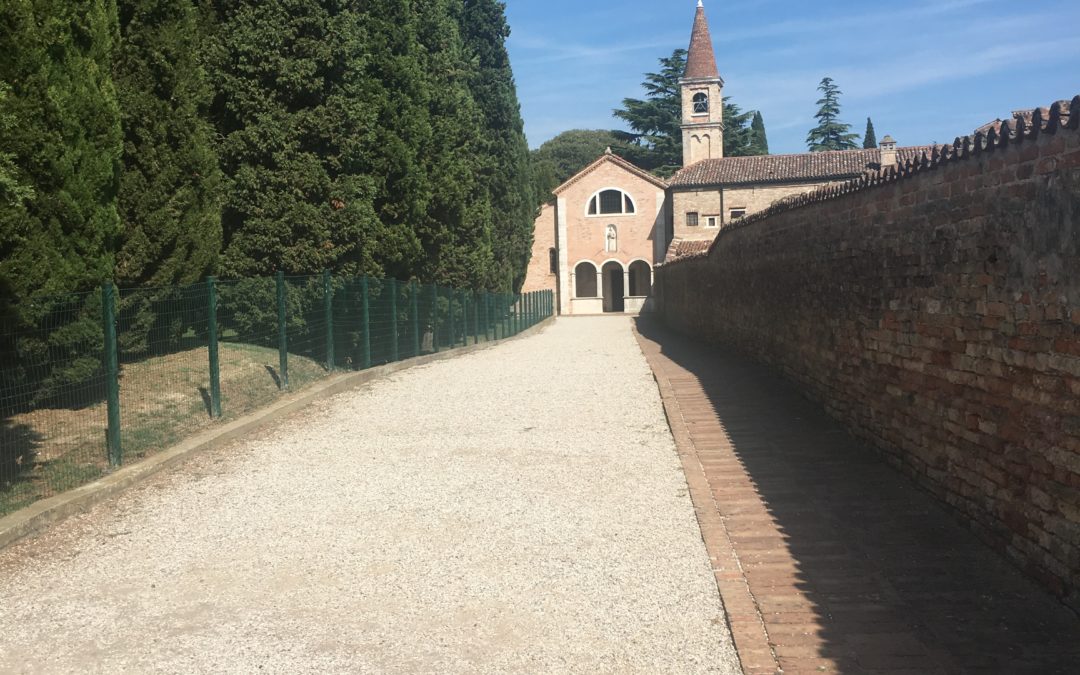 This place is an absolute must for its peaceful and quiet environment. Unfortunately there is no public transportation to it, but it is possible to go there either by taxi boat or by hiring a private boat (also through a reservation) along the pier near St Martin’s church or at the jetty along the Burano canal where ferries dock.

The excursion to the island is highly suggestive because the tiny island arises from a shallow water area where the sea bed is continuously covered and uncovered by the tide. According to a legend, St Francis landed here in 1220 during a sea storm on his way back from Egypt and Palestine. Following the Saint’s death, Jacopo Michiel, the island owner, had a church built, dedicated to the Saint and donated the island to the Franciscan friars. They built a convent and stayed on the island till 1420, when they abandoned it for the highly difficult environmental conditions as well as for the fact that the place had become malaria-infested. The island remained uninhabited for 30 years, during which time it was given the present name (St Francis of the Desert) while previously it was known as Island of the Two Vineyards.

In 1453 Pope Pius II presented the island to the Observant Minor Friars, who restored both the church and the convent adding a new cloister to the compound. The island, as well as the convent, were abandoned following the Napoleonic suppressions and the convent, which had 31 cells, became a gun power depot while the island was turned into military barracks. In 1856 Emperor Franz Joseph of Austria donated the island to the Patriarch of Venice that gave it in perpetuity to the Franciscan Minor Friars, who made their comeback to the island after more than 400 years. Once we get off the boat and follow a long avenue flanked by trees, we reach the church that is sided by the bell tower and the convent. We enter the first cloister from the door on the right. The cloister is a very interesting 1300 architecture example. Going on with our walk into the building, we meet the second cloister, which is Renaissance style, and a Baroque well curb is standing in the middle of it. The restoration works on the entire compound have discovered the foundations of the original church dedicated to St Francis of Assisi that can be seen entering from the first cloister. The 1400 church has got one single nave with a keel ceiling. Under the present floor we can still see the original flooring. The compound has got another church, which was built in 1963 in order to host the church services. The buildings are surrounded by a garden visitors can access. Though they are not allowed into the vegetable garden and the vineyard kept by the friars inhabiting the convent.