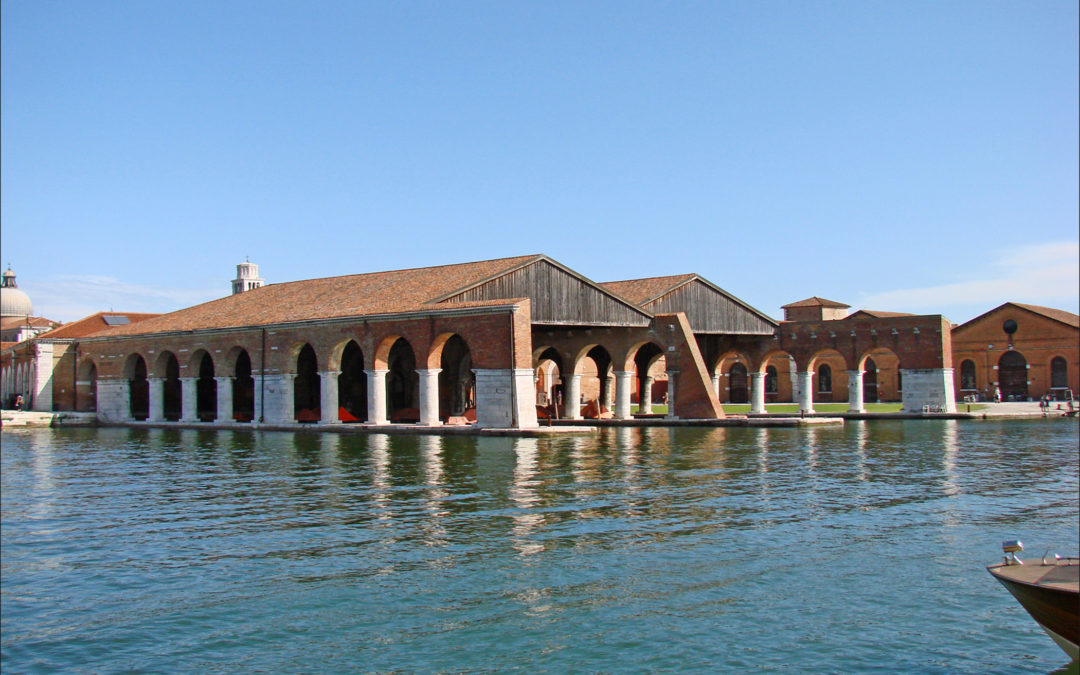 Our tour of the compound starts from the so called “land entrance”, which is made up by an amazing portal built in 1460. It was made imitating a Roman triumphal arch and it is thought to be the first Renaissance art work made in Venice. The present arch is the result of some later changes as well modifications. In particular we would like to mention the winged Victories on the central arch’s pendentives and the writing added onto the entablature following the victory on the Turks at Lepanto in 1571. The little bridge that provided a way-in was transformed into a terrace by Alessandro Temignon between 1692 and 1694.

The terrace is surrounded by a gate having eight pillars upon which eight Baroque allegorical statues are standing: Neptune, Bellona, Vigilance and Abundance on the right; Mars, Justice and two not-recognizable ones on the left. The two huge copper doors belonging to the portal and showing embossed booty trophies were made in 1694 in order to celebrate Francesco Morosini’s endeavours: the conquest of Morea (The Venetian used this word to identify the Peloponnese) among them. The two colossal marble lions were placed on both sides of the gate in 1692 and belonged to Morosini’s war booty. The one on the left and sitting comes from the port of Piraeus. Two writings can be seen on its chest, sides and back. They are runic and made by some Veringi soldiers (Scandinavian mercenaries on the payroll of Constantinople) who wrote them in celebration of their quashing of a rebellion against taxation in Athens in 1040. The one on the right and lying down comes from the road between Athens and Eleusis. Two smaller lions are standing on the right side of the latter. The one sitting is probably an original Greek piece coming from the island of Delos, and can be dated back to the 6th century BC, except its head that was made later. A bronze bust picturing Dante stands in a niche on the wall on the right, as a reminder that the poet spoke of Arsenale (Venice’s dockyard) in the 21st canto of Inferno (hell).

The sea entrance is positioned on the right of the land one. The ships headed from S Marco to the Arsenale (dockyard) used it, after going through a canals’ inner network. It was flanked by towers from day one and the present ones must be dated back to 1686 when Rio dell’ Arsenale (the dockyard’s big canal) was widened in order to allow the passing through of square-rigged ships.